This section describes new options users have when defining delimiters.

Delimiters changed a lot in UDL 2.1.
The most obvious difference is the GUI, so we’ll start with that. 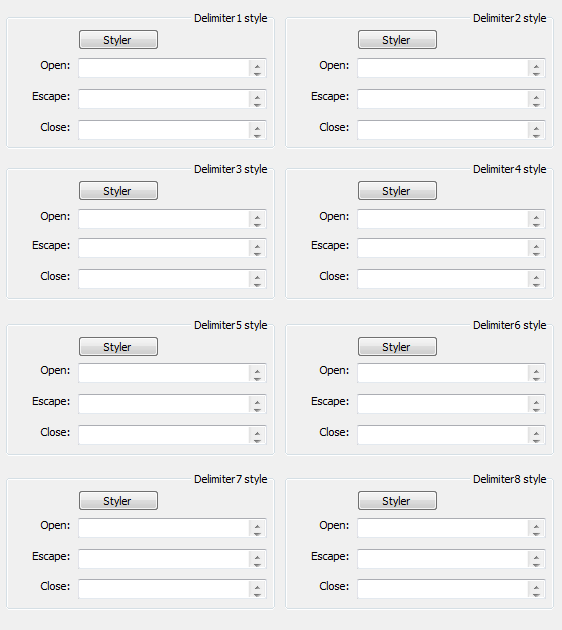 Just like in case of keywords, number of delimiter lists has been expanded to eight (as suggested by Don), if more is needed, please state so in discussion on Notepad++ forum. And each Delimiter now accepts its own Escape char. There have been numerous changes under the hood also, and we’ll cover them here through a series of short examples.

First example is a simple C++ string.
Nothing fancy here. 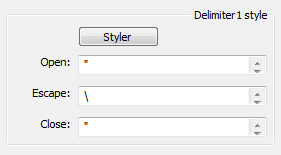 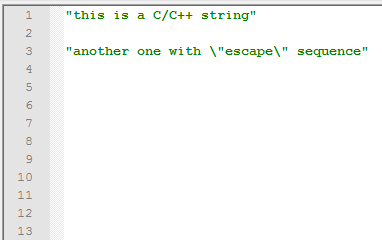 This is little more interesting.
It is an attempt to define a line comment.

Notice how UDL’s special operator “(( ))” transforms string “EOL” into an end of line character. In fact it transforms it into a vector of three strings:

So, it will find a line end regardless of your file format (unix/dos/osx) 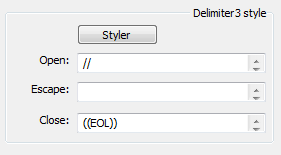 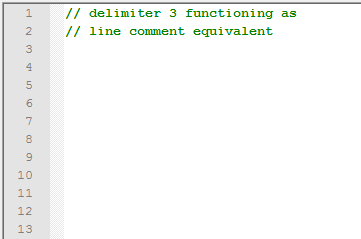 Another interesting example.
C++ line comments support continuation to the next line, and there is just one continue character: backslash \

But there is a catch, C++ standard also defines something call digraphs and trigraphs. And a trigraph sequence for backslash is a ??/ (question mark twice than forward slash) 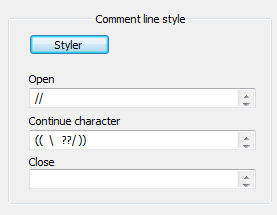 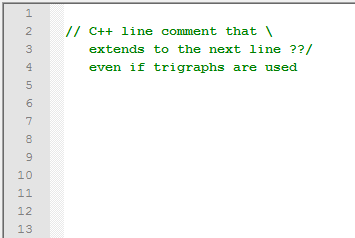 In this example we define two different line comments.

First thing to notice is how I aligned everything vertically.
In general, white space is not important when defining keywords, so you can use it any way you like it. It will be filtered out automatically.

By using grouping with operator “(( ))” I was able to keep the logic of indexing and vertical aligning (both explained in comments section) and to make sure that “??/” applies only to C++ line comments. 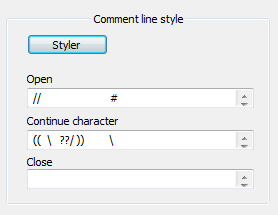 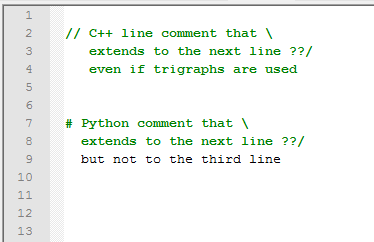 If you need to use “((“ and “))” as delimiter’s open/close keywords, just define them inside of “(( ))” operator.
Also this is the only exception of the rule that whitespace can be used freely. When defining “))” inside of special operator “(( ))” you must “glue” four consecutive close braces. Otherwise you will define an empty keyword set. 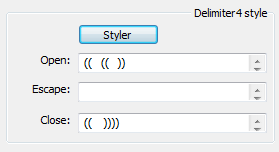 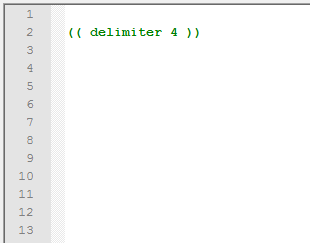 Comments and delimiters support nesting, and this can be used to define some complex operations.

Comments within hereRegex are everything after # character, but only if it is not followed by {. How do we solve this puzzle in UDL 2.1?

We need to define three delimiters.

Delimiter 1 and 2 have the same styling (so they would blend) and Delimiter 3 has a different style. Also, Delimiter 1 allows nesting of Delimiter 2 and 3. When all is set, hereRegex is highlighted as expected, with line comments in separate style. 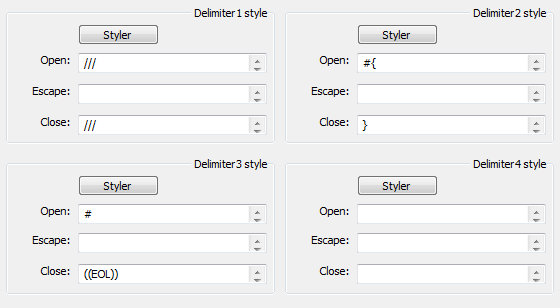 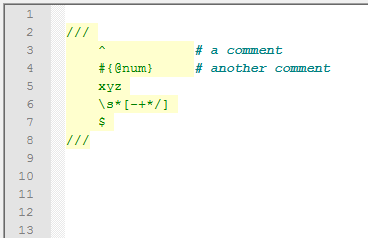