This is a typical C++ folding definition.
Curly braces represent folding points in the code and preprocessor is also supported (for this demo not all statements were defined)

There are two important things here.
As you can see both Folding 1 and Folding 2 create folding points, but they work differently. 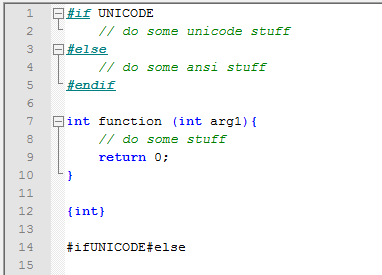 Note: forward and backward search concept is explained in more detail in Introduction page.
You should read that part if you haven’t already. 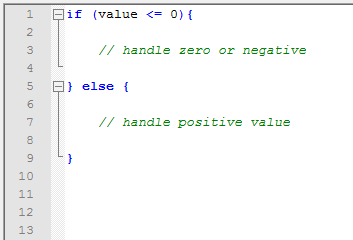 Use of multi-part keywords is supported in Folder in code 2, as you can see in this example. 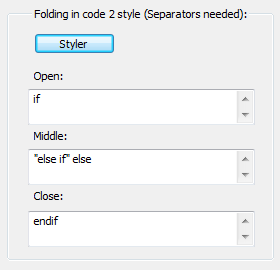